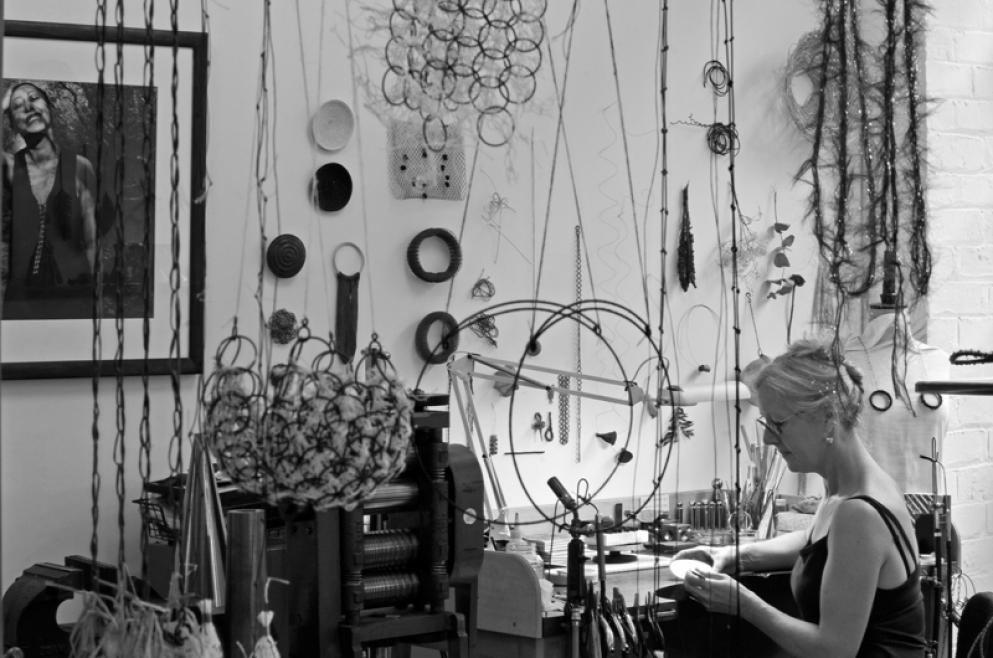 Following foundation studies at Herefordshire College of Art & Design and completing a degree course specialising in Jewellery at Middlesex Polytechnic, London in 1986; Susan moved to Edinburgh in 1989 and has continued to parallel her work: exhibiting both nationally and internationally with invitations to give master classes and lectures both in the UK and abroad.

In 1997 she was invited to become a freeman of the worshipful Company of Goldsmith’s and also the City of London.

Susan’s most recent notable accolade was the prestigious Jerwood Applied Arts Award for Jewellery in 2007. This award is given by the Jerwood Foundation in recognition of excellence, innovation, commitment and significant contribution to the field of jewellery. Her career to date won her this title.

In 2008 Susan was invited to become an Honorary Fellow of Hereford College of Arts and also was appointed a Readership from Edinburgh College of Art in recognition of her continued achievements.